Andrew was an American soldier and statesman who served as the seventh President of the United States from 1829 to 1837 and is considered the founder of the Democratic Party.[1] He was born near the end of the colonial era, somewhere near the then-unmarked border between North and South Carolina, into a recently immigrated Scots-Irish farming family of relatively modest means. During the American Revolutionary War, Jackson, whose family supported the revolutionary cause, acted as a courier. At age 13, he was captured and mistreated by the British army. He later became a lawyer. He was also elected to Congressional office, first to the U.S. House of Representatives and twice to the U.S. Senate.

In 1801, Jackson was appointed colonel in the Tennessee militia, which became his political as well as military base. He owned hundreds of slaves who worked on the Hermitage plantation. In 1806, he killed a man in a duel over a matter of honor regarding his wife Rachel. He gained national fame through his role in the War of 1812, most famously where he won a decisive victory over the main British invasion army at the Battle of New Orleans. In response to conflict with the Seminole in Spanish Florida, he invaded the territory in 1818. This led directly to the First Seminole War and the Adams–Onís Treaty of 1819, which formally transferred Florida from Spain to the United States. 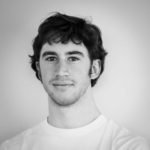